Babu works for three underworld dons and must go to prison to protect them. When his sentence is over, he returns home to find that Purnima (his wife), Arjun (his son) and Pooja (his daughter) live a destitute life. When he confronts his bosses, he is beheaded in front of his wife and children, and his daughter is abducted. Purnima (Raakhee) loses her mind, and is hospitalized in a mental hospital. Growing up, Arjun (Akshay Kumar) becomes a high profile vigilante. As for Purnima, she becomes terribly ill and can be saved only if she sees her daughter again. Thus, Arjun decides to re-unite his mother and sister. In order to do so, he must discover the identity of his father’s killers. Talaash: The Hunt Begins Full Bollywood Movie 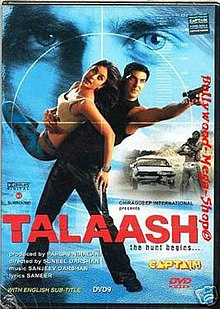