Drama – Opposing ideologies are at the heart of this offbeat tale directed by John Mathew Matthan. On one side of the debate is greedy, conniving businessman Gaurav Gupta (Ajay Devgan), who values money above all else; on the other side stands industrial tycoon Srinath Vardhan (Javed Sheikh), who believes in using wealth to benefit society. Caught in the cross fire, unfortunately, is Vardhan’s susceptible son, Jaidev (Shahid Kapoor). – Ajay Devgn, Shahid Kapoor, Bipasha Basu Shikhar Full Bollywood Movie 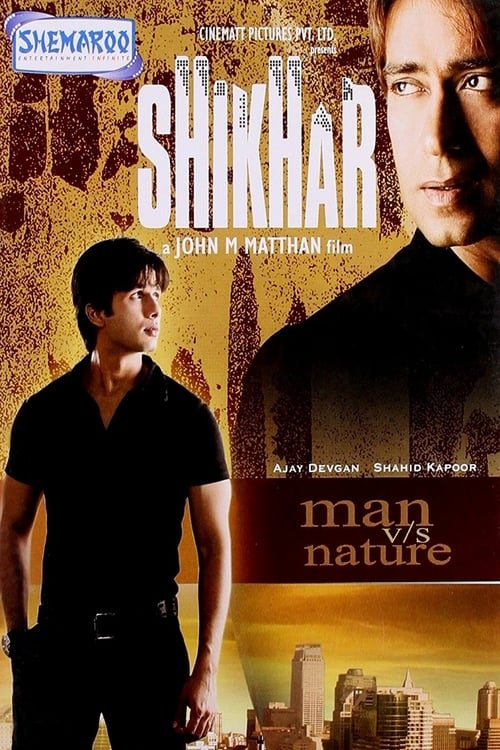 Shikar is a 2005 Indian Hindi-language drama film starring Ajay Devgn, Shahid Kapoor, Bipasha Basu and Amrita Rao in lead roles. The film revolves around an over ambitious businessman played by Devgan, who tricks a naive boy played by Kapoor in order to sell his land to him to build his tower projects. The plot is heavily inspired by the bestseller The Fountainhead. Shikhar Full Bollywood Movie