Rival news-reporters, Ajay Bakshi, and Ria Bannerjee engage in a comic war to be the first to interview notorius M.K. Sharma, in which Ria succeeds. Then the two are thrust in a battle for their lives as they must decide whether to save an innocent terrorist from being hanged, or sacrifice their very lives themselves. Phir Bhi Dil Hai Hindustani Full Bollywood Movie 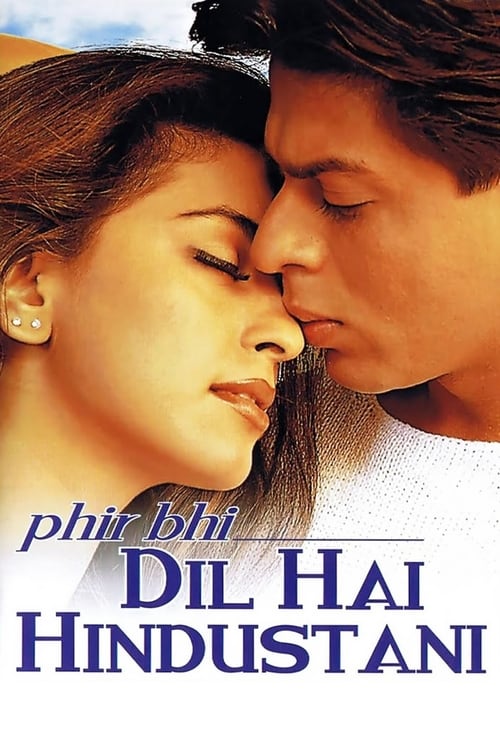 Phir Bhi Dil Hai Hindustani (English: Yet the heart is still Indian) is a 2000 Indian Hindicomedy-drama film released by Dreamz Unlimited, now Red Chillies Entertainment on 21 January 2000. The film was directed by Aziz Mirza and stars Shahrukh Khan and Juhi Chawla focuses on the media war being fought in the TV newsrooms. Ajay Bakshi and Ria Banerjee are two television reporters for rival news channels who try to save the life of a man who has been fixed by politicians for the death of his brother, from a death sentence. The film marked the first attempted by Khan, Chawla, and Mirza under their new production company Dreamz Unlimited, now Red Chillies Entertainment. This film won the IIFA Award for Best Special Effects. The film had few plot points inspired from the 1988 movie Switching Channels. Phir Bhi Dil Hai Hindustani Full Bollywood Movie