Prem and Nisha meet and fall in love at the wedding of their elder siblings, but their plans to be together are put in jeopardy when Nisha’s sister dies, leaving behind a baby. Hum Aapke Hain Koun..! Full Bollywood Movie 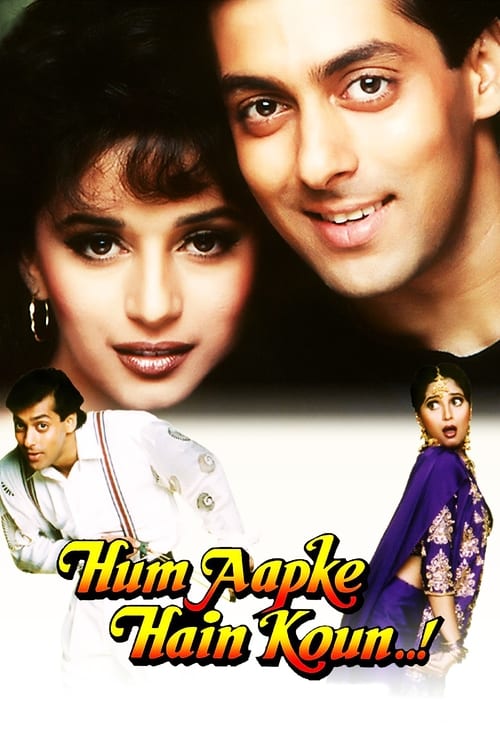 Hum Aapke Hain Koun..! (lit. Who am I to you?) also known by the initialism HAHK,[4] is a 1994 Indian musical romantic-comedy film, written and directed by Sooraj Barjatya, and produced by Rajshri Productions. Starring Madhuri Dixit and Salman Khan, it celebrates the Indian wedding traditions by relating the story of a married couple and the relationship between their families; a story about sacrificing one’s love for one’s family. It is an adaptation of the studio’s earlier film Nadiya Ke Paar (1982).