Wealthy Seth Amirchand (Kader Khan) has two good-for-nothing sons, Sonu (Sanjay Dutt), and Monu (Govinda). They spend their time comically attempting to extort money from their hapless dad. Amirchand decides that the best way to deal with them is to separate them; he sends Sonu to Goa, and Monu to Bombay. Sonu ends up with the Verma family in Goa, consisting of Gulzarilal (Anupam Kher), his unmarried sister, Santho (Aruna Irani), and daughters, Pooja (Pooja Batra) and Ritu (Karisma Kapoor). Sonu falls in love with Pooja, and calls upon Monu to act as his paternal uncle for match-making. Monu ends up falling for Ritu. Unknown to him, Santho has also developed a crush on him. To complicate matters even more, underworld don, Bhai (Ashish Vidyarthi) demands money from Amirchand, only to have Amirchand mock and ridicule him, thinking it is another prank by his sons, this is when the family realize that pranks can indeed turn deadly, with Bhai who has sworn to avenge this humiliation. Haseena Maan Jaayegi Full Bollywood Movie 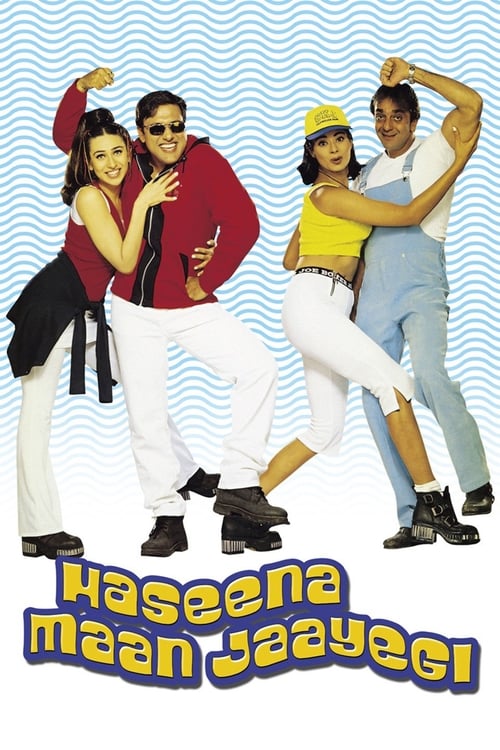 Haseena Maan Jaayegi (Hindi: हसीना मान जायेगी) is a 1999 Indian Hindi-language comedy film directed by David Dhawan. It stars Sanjay Dutt, Govinda, Karisma Kapoor, Pooja Batra, Anupam Kher, Kader Khan, Aruna Irani, and Paresh Rawal. The film is inspired by the 1966 film Pyar Kiye Jaa and went on to become the fifth-highest-grossing Hindi film of 1999. It is often regarded as being amongst Govinda’s greatest performances and he won many awards for his role as Monu.