After discovering a passenger ship missing since 1962 floating adrift on the Bering Sea, salvagers claim the vessel as their own. Once they begin towing the ghost ship towards harbor, a series of bizarre occurrences happen and the group becomes trapped inside the ship, which they soon learn is inhabited by a demonic creature.

The film was shot in Queensland, Australia and Vancouver, British Columbia, Canada, and released theatrically in North America on October 25, 2002. It earned an excess of $68 million in box office receipts worldwide. In 2016, the media website ComingSoon named the film’s opening scene one of the greatest in horror film history.[3]

Despite its title, the film is unrelated to the 1952 film Ghost Ship.

In May 1962, aboard the Italian ocean liner SS Antonia Graza, dozens of wealthy passengers dance to the song “Senza Fine” sung by Francesca, an Italian lounge singer. A young girl, Katie Harwood, sits alone until the ship’s captain offers to dance with her on the exterior dance floor. Elsewhere, a hand presses a lever that unravels a thin wire cord from a spool. The spool snaps and the wire whips across the dance floor, bisecting the passengers and crew. Katie is spared due to her height and the captain leaning protectively over her, who is himself killed along with everyone else present as she screams in horror.

Forty years later, at a bar, a salvage crew — Captain Sean Murphy, Maureen Epps, Greer, Dodge, Munder, and Santos — celebrate their recent success. Jack Ferriman, a Canadian weather service pilot, approaches them and says he spotted a vessel adrift in the Bering Sea. Because the ship is in international waters, it can be claimed by whoever brings it to port. The crew sets out on the Arctic Warrior, an ocean salvage tugboat. The ship is the Antonia Graza, which mysteriously went missing decades ago, similar to the Mary Celeste. After locating and boarding the abandoned liner, the salvagers discover millions of dollars in gold bars in her cargo hold. After a series of supernatural events, the group decides to abandon the salvage effort but take the gold, but an invisible force sabotages the Arctic Warrior. The tugboat explodes as its engine is restarted, killing Santos.

Left with no other option, the group begins repairing the Antonia Graza. Greer encounters Francesca, who seduces him into betraying the fiancée he has ashore, then leads him off an elevator shaft to his death. Captain Murphy enters the captain’s cabin and finds his ghost. The captain explains that they recovered the gold from a sinking cruise ship, the Lorelei, along with a sole survivor. Murphy is shown a picture of the survivor, whom he recognizes. He rushes to tell the others, but begins hallucinating and sees everyone as the ghost of the burned Santos, who provokes him into a murderous rage. The others think Murphy has gone mad and lock him in the drained fish tank, where Epps later finds him drowned.

Epps meets Katie’s ghost, who reveals what happened on the Graza. The sole survivor of the Lorelei convinced the Graza’s crew to murder the passengers for the gold. After carrying out the murders, the crew turned on each other, and Francesca killed the officer who survived. Another man, the mastermind behind the massacre, then killed Francesca by mystical means and branded her palm with a hook-shaped symbol using only his hands. The man is revealed as Jack Ferriman, who is actually a demonic spirit. Epps deduces that Ferriman lured the salvage team to the Graza to repair it, and decides to sink it to thwart his plan. While Munder is crushed to death under the ship’s gears while scuba diving in the flooded engine room, Epps tells Dodge to keep Jack on the ship’s bridge while she secretly sets explosives. Ferriman taunts Dodge, mocking him as a coward for never acting on his feelings for Epps, then charges him. Dodge shoots Ferriman with a shotgun and believes Ferriman to be dead.

Epps is below decks setting explosives when she is confronted by Dodge. He tells her he has killed Ferriman and that they can salvage the gold to start a life together, but Epps suspiciously asks why Dodge hasn’t asked her where Munder is. Realizing that his ruse has failed, “Dodge” morphs into Jack Ferriman, who has killed the real Dodge. Ferriman describes himself as a salvager of souls, a job he earned by a lifetime of sin. He plans to use the Antonia Graza and the gold as a trap to continue collecting souls. Only the souls of sinners can be readily controlled, through the mark he brands them with, and as long as the Graza is kept afloat the soul of everyone who has died aboard the ship will be dragged down when Ferriman has filled his quota and returns to Hell, something which will please “management”. He offers to spare Epps’s life in exchange for her not interfering but she detonates the explosives. Ferriman is blown to pieces in the explosion and Katie helps Epps escape the sinking ship. Katie wordlessly bids farewell to Epps before she and the other unmarked souls trapped on the ship ascend to Heaven through the Northern Lights.

Drifting on the open sea, Epps is found by a cruise ship and returned to land. As she is loaded into an ambulance, she sees the battered crates of gold being loaded onto the cruise ship by the ship’s crewmen, overseen by Ferriman, who glares at her and carries on; she screams as the ambulance doors close. 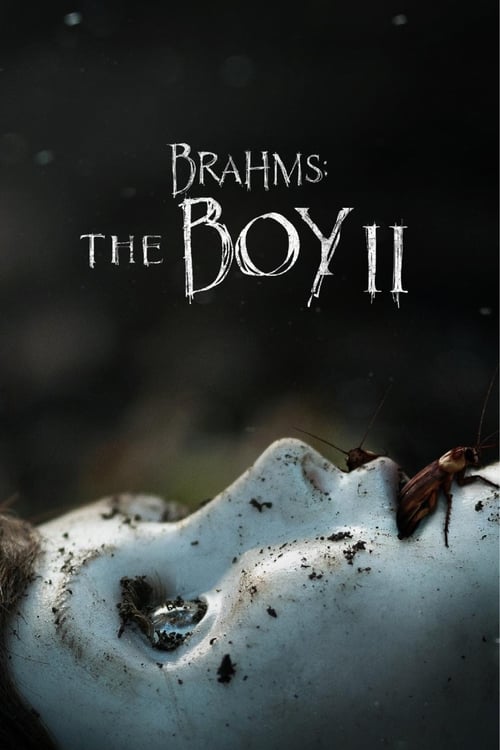