A young Prince Asoka works to perfect his skills in battle and also deals with family conflict. During a struggle with one of his step-brothers, his mother urges Asoka to escape to stay alive. While away, Asoka meets Kaurwaki and falls in love, but must use his skills as a warrior to protect her. A dangerous and heartbreaking web of conspiracy follows, which leads Asoka to embrace a Buddhist path. Aśoka Full Bollywood Movie 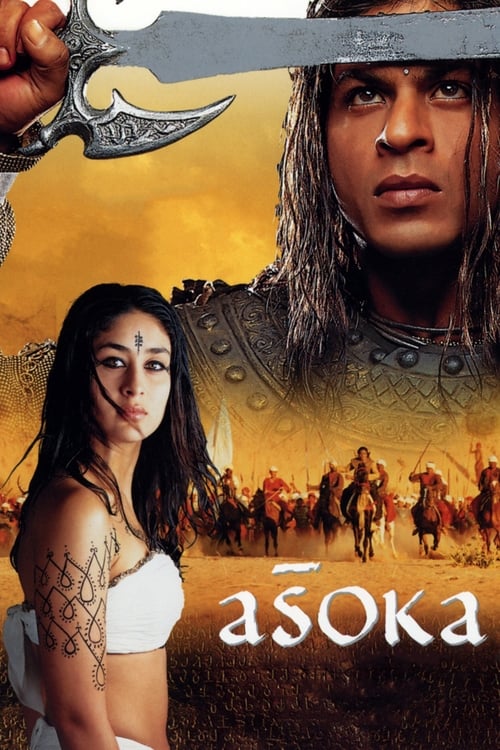 Aśoka is a 2001 Indian epic historical drama film directed and co-written by Santosh Sivan. It is a dramatised version of the early life of emperor Asoka, of the Maurya dynasty, who ruled most of the Indian subcontinent in the 3rd century BCE.

The film stars Shah Rukh Khan, Kareena Kapoor, Ajith Kumar (in his Hindi debut and remains the only Hindi movie he has worked), Danny Denzongpa and Hrishita Bhatt. It was produced by Khan, Juhi Chawla and Radhika Sangoi. The screenplay was written by Santosh Sivan and Saket Chaudhary and the dialogue by Abbas Tyrewala. It was originally released as Ashoka The Great in India. The Tamil release title is Samrat Ashoka.